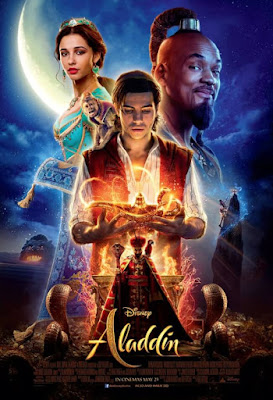 On May 23, 2019 I attended a screening of Aladdin, Disney's latest installment in their live action remakes. The film officially opens today (May 24, 2019) however AMC Theaters began screenings one day early. The film stars Will Smith, Mena Massoud, Naomi Scott, Marwan Kenzari and Nasim Pedrard. It is rated PG with a run time of 2 hours and 9 minutes. It is directed by Guy Ritchie. 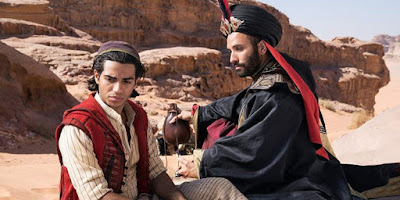 The film follows the same plot from the classic 1992 animated film, with a few rewrites mixed in. Street Rat Aladdin falls in love with Princess Jasmine, after saving her life at the market place. Aladdin is recruited by Jafar to procure the legendary Genie's lamp from the Cave of Wonders. After being betrayed by Jafar; Aladdin, Abu and Carpet are trapped in the cave where Aladdin becomes the Genies new master. Once Aladdin become Prince Ali, the story is filled with Bollywood type dance sequences, kidnapping, betrayal, Princess Jasmine's powerful original solo and a new Sultan for Agrabah.

Guy Richie was an interesting choice to direct this movie. The British director has made more box office bombs than commercially successful films in his career. I didn't have high hopes for this movie and after viewing it, I feel it certainly belonged in the hands of a better director. The sets appeared small onscreen and very much look as if they belonged on a stage play. There are a few sequences featuring the Benny Hill "speed run", a staple of British comedy. It is an odd and out of place effect in the world of Aladdin that quite frankly, should not have been included in the film making. 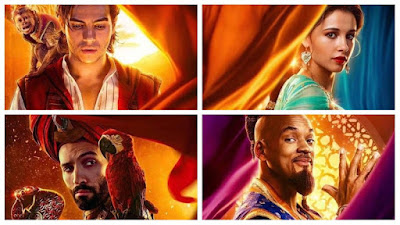 Although the blue Genie CG effects appears somewhat awkward and rough, Will Smith gives a great performance. It's impossible to replace the late Robin Williams in this beloved role however, Smith does exceptionally well . His likability, guidance and moral compass is infused with encouragement and acceptance of ones self. Although the Genie does have a happy ending in the 1992 animated movie, his new ending is even more satisfying. Mena Massoud is believable and charismatic as the underdog Aladdin. He is a fine leading man and proves to be a multi talented actor. Marwan Kenzari, who was trending with the hastag #heyjafar on Twitter (aka Hot Jafar) is unfortunately the weakest link among the cast. His portrayal of the legendary Disney Villain is not only missing his maniacal laugh, but his spark. He goes about his plot to take over the kingdom with a bored attitude sprinkled with fits of rage that feels like a temper tantrum. Actress Nasim Pedrad joins the cast as a brand new character; Jasmine's handmaiden Dalia. Dalia adds to the story in more ways than one and is completely charming in every scene she is in. The MVP  goes to British actress Naomi Scott as Princess Jasmine. She is hands down the best live actress Disney Princess we have received thus far. Her acting and powerful vocals make her the breakout star of this movie. 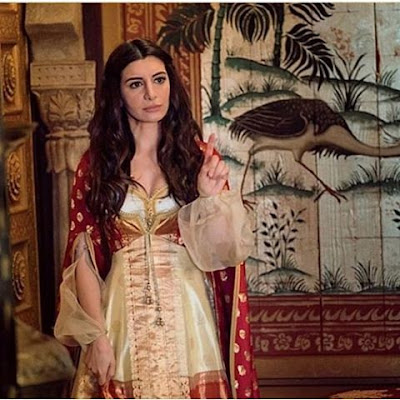 The movie showcases all of the songs from the original animated feature with a brand new gorgeous solo by Jasmine titled "Speechless". The song in my opinion, is the most empowering Disney ballad since "Let It Go." I greatly enjoyed the rewrites and expansion on the story. I found them to be pleasing and inspiring to all, especially women. Jasmine is legendary for being an independent Disney Princess and she sets her goals even higher in this 2019 version. The stunning costumes outshine the small sets. All in all I found Aladdin to be an enjoyable 2 hours. It's not a masterpiece and has it's cheesy problems however it's good family fun.